On Sunday 16 June, the Hangar  took part in 'the fête de la Trinité' of the Hangar-hometown Chateauneuf. Our members were giving painting and drawing demonstrations, while exhibiting and selling their paintings and informing the visitors about our association. 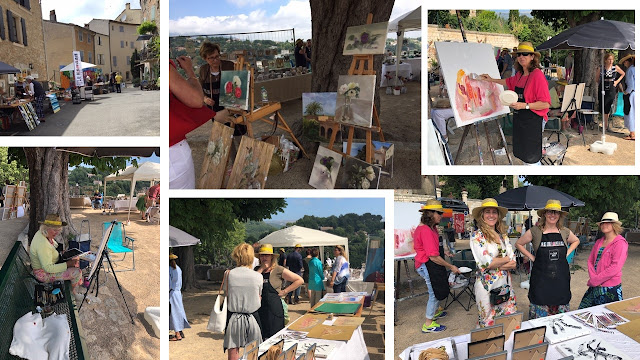 Unfortunately someone else will have to write about that, because 'we', Pim, Nelly and Marina were working from 7am - on a 10 meter long painting: 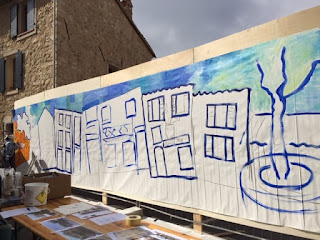 Pim had done such a lot of work in advance, including the measurements, the materials and the preliminary sketch. Nelly and I brought the coffee and around 8am we could start setting up the drawing! 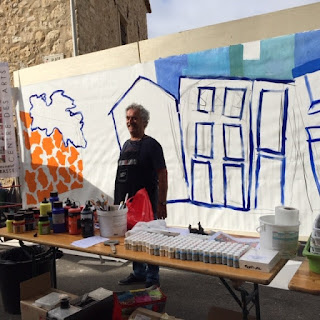 The sun was shining, the mairie supplied us with straw hats, the mood was super good and we were a true well-oiled machine. 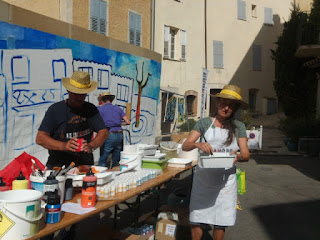 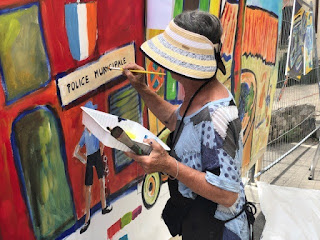 We had help from a lot of people, children and adults alike. The painting slowly progressed, We only took a break for a sandwich (and a walk around the village to cheer the members and check out the other stands). 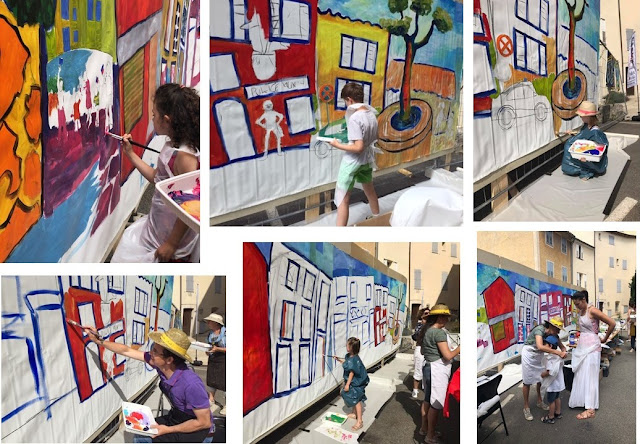 Then from 2pm we continued without painting-helpers. With the exception of 'ou' mayor, Emmanuel Delmotte! He was delighted with what we were doing and around 3pm he came down to us and actually did his part in painting! 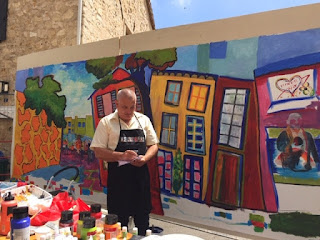 He first carefully made a sketch  and then coloured the Chateauneuf logo and added a funny donkey below. 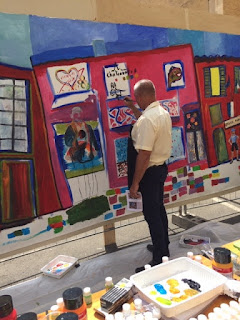 Of course the mayor also has a prominent place in our 'Fresco' as it was lovingly called by the passers-by.

Around 5.30pm we were done! Very happy with the result, quite tired and absolutely longing for a beer! 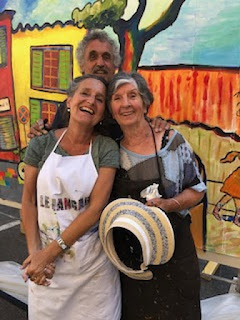 A lot of work was done to make this happen, by a lot of people, they will get all the credits they deserve in that post by someone else I mentioned above. But I've seen Ton, Patrick-1 and Patrick-2 work enormously hard, walk many kilometers and carry tons of stuff and it wouldn't have been possible without them for sure so I can't end this post without thanking them very very much!

If you weren't there and would like to see the painting 'for real', watch this space, the mairie of Chateauneuf will put it up in a public space and we will soon hear where that place is!

Here are some more pictures for you to enjoy: 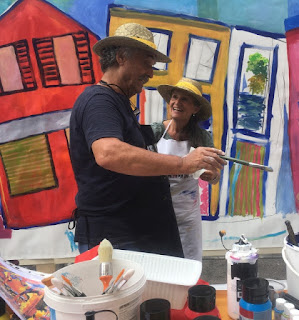 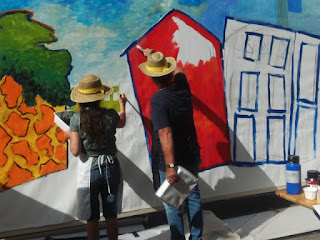 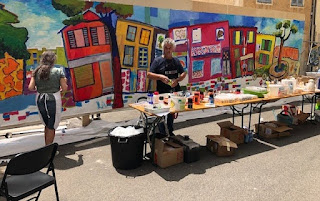 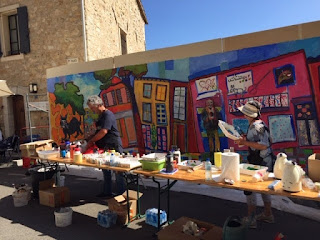 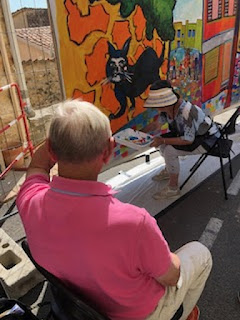 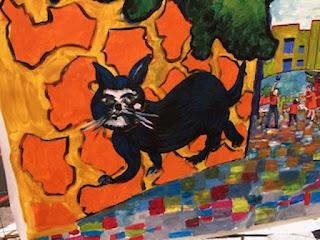 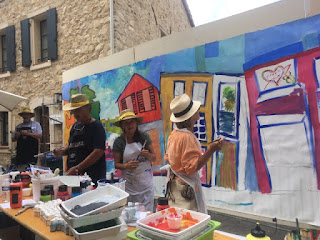