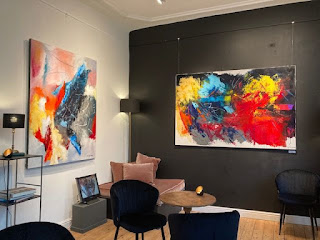 Some of you must already have heard about it - Hangar"s Creative Director and popular teacher Acrylics Pim de Jongh has an exhibition in Antwerp! The vernissage took place last Thursday, July the first and our correspondent over there sent us a live report, followed by a lot of pictures that together give a great impression of what was happening and the atmosphere! 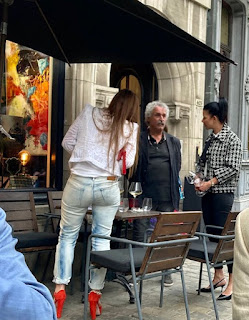 On Thursday 1 July, the time had come: the opening of Pim's SOLO exhibition at Think Jazz Gallery in a beautifully renovated and stately old building in the Minderbroedersrui, in the old city centre of Antwerp. The doors opened at 7 pm, the grand piano in the bar filled the space with beautiful sounds. 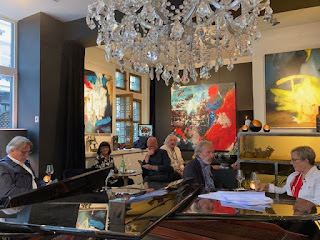 On arrival I met a happy Pim who was delighted that already two works had been sold! The paintings were on the ground floor with bar and grand piano and the first floor, both spaces with a warm atmosphere and wonderful light. 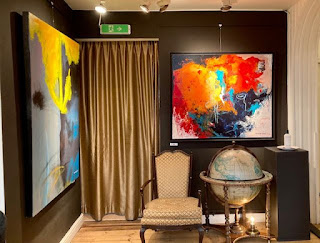 A good "Hangar delegation" was present: Gonnie of course (with daughter), Leen & Ton van Schijndel, and Anna & Vincent Vroom visited from The Hague. The mood was great.
At half past eight Pim was not only proudly walking around, but also a bit nervous. Around 8 pm the official opening speech of Thomas, owner of the gallery, followed 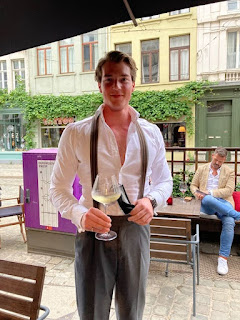 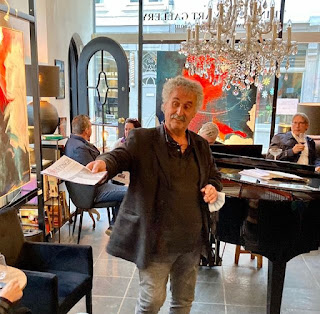 and then it was Pim's turn

After that, there was relaxation and wine. We had a drink on the terrace until half past nine, everyone agreed that the summer evenings were a bit chilly in Antwerp, so an 'au revoir dans le Sud'!! 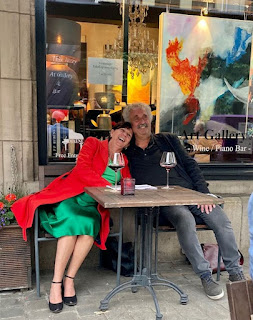 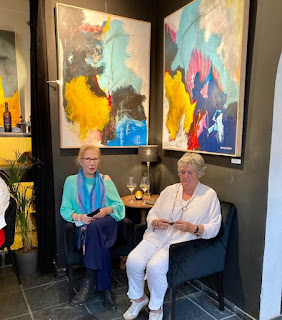 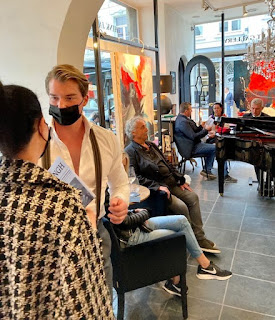 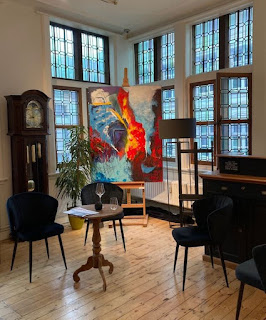 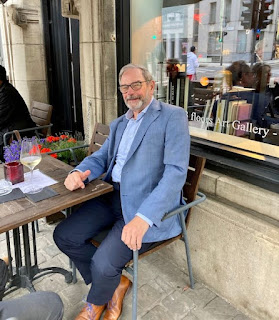 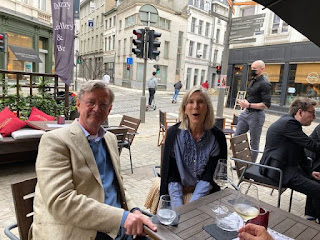 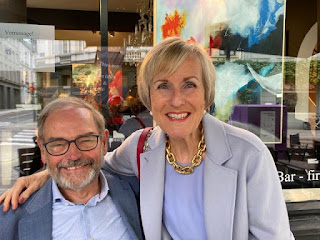 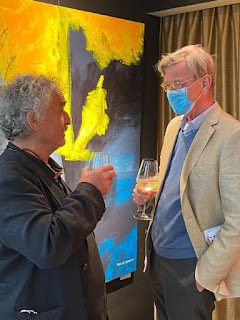 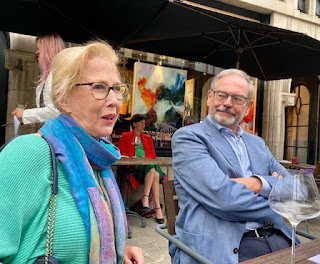 And the coordinates of the Jazz Café for if you want to visit: 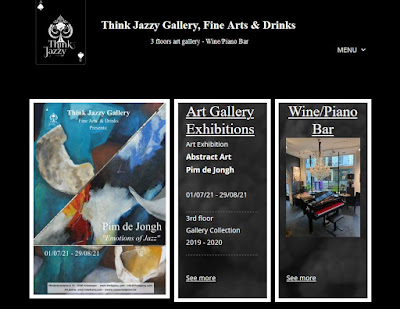