Wednesday 24 November, 6.30pm, the Hangar opened its doors to welcome the members for the AGM! It was nice and warm, there was coffee tea and cake, and  a long table for the departing Board (represented by Arie, Jan Karel and Patrick) to report about the past year, give a good financial overview and say their goodbyes. 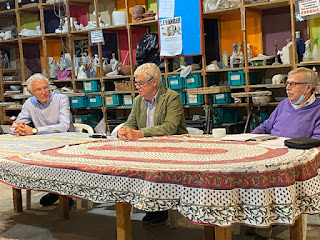 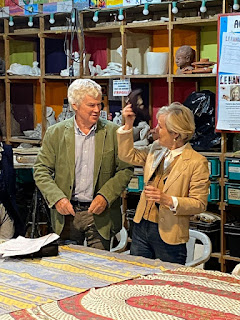 After leaving president Jan Karel passed the baton to new president Ina Carels, he also gave her the 'Hangar Cap' - which looks great on her by the way! 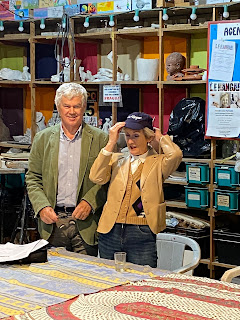 Then the new board, with Ina Carels as president, Marina Kulik as vice-president and Arie van Limborgh as Treasurer, introduced themselves. 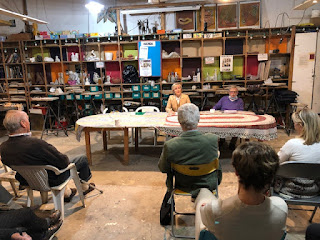 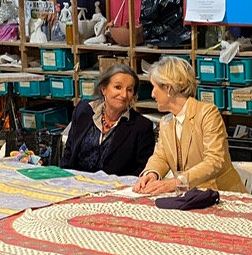 Ina and Marina will keep their functions for one year and use that year to structure, clean up & simplify the Hangar processes and make them transferable.
Arie 'the Financial Wizard' will not step down for the time being,will continue to do his work for at least two more years.
After the formal part, there were lovely drinks and nibbles, everything was discussed again, but now informally, with lots of laughs as well as interesting networking. We were all too busy with that to take pictures, So sorry! (yet we went home well in time for the second half of the football match of Ajax 😂 )
For more substantive information, we refer you to the minutes that will be sent to the members shortly!